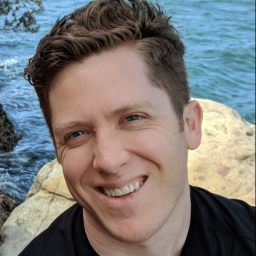 From the time I was fourteen, I remember being fascinated by the impact food seems to have on a person’s health. I think it started when my best friend and I were watching a news program while we waited for our favorite show to start, and heard the newest research suggesting that we should limit certain foods in our diet. My friend and I wondered if we could live without pepperoni pizza, and it became a challenge. I often find myself wondering if she ever began eating red meat again.

As I went through the early years of college, I followed the low-fat/high-carb life of the time, and I exercised aerobically. I cannot fathom how much cereal l consumed. In spite of really trying to apply the prevailing health advice, I had gained the dreaded freshman fifteen then expanded from there as the years passed.

I vividly remember the day, toward the completion of my undergraduate degree, that my mother told me she had been diagnosed with cancer. We were all afraid. Her prognosis was very positive, but nothing had prepared me for facing this kind of reality, or to help her face that reality. I dove into research for alternative medicine, and again found myself drawn to nutrition. I wasn’t an athlete, but I was active and I knew movement needed to be a part of my lifestyle. I’ve always believed one must lead by example, so I made changes, started taking supplements and really committed to become as healthy as I possibly could.

My mother’s cancer went into remission, and I finished my undergraduate degree, began teaching tai chi and Kung fu, and worked two other jobs. I went to graduate school and ultimately became a school psychologist. As I navigated the politics of teaching, two jobs and eventually graduate school, feeding myself well became more and more important. I was strong, I was doing everything right, and I felt helpless to change my health.

I finished my internship in the Alaskan bush, moved to Oregon, got my first real job, and got married all in the same year. My mother’s cancer returned the following year but her outcome, this time, threw me into a new chapter of my life. One which required that I forge ahead without her.

I began gaining weight, again, but this time when I attempted to take the weight off, low-carbohydrate diets had become big news. I switched to whole grains. I started eating meat again. In fact, I ate lots of protein and religiously counted every single carb. Finally, I experienced success.

I maintained my healthy weight for the better part of the next decade before something mysteriously began to change. I started gaining weight, and lots of it, but my diet hadn’t changed. Everything was suspected and thoroughly tested, and while some symptoms were eased, answers were never really found.

About a year and a half ago, I met Audrey when I hired her as a personal trainer at the local fitness club. She’s a twenty-something, and I’m not, but in spite of an age difference, I respected that she could tailor my workouts to how I was feeling that day. I couldn’t predict when I would be exhausted, or congested… or exactly the opposite of that and could knock out a really great workout. Hard as I worked, and as carefully as I ate, I found that once again, I couldn’t lose the weight.

After some routine tests, my doctor required that I begin to check my blood sugars, as I had become pre-diabetic… and she told me to stop eating grain. I was surprised and began researching why I had been given this advice. I started to notice that my glucose tested the highest levels after eating wheat. I’m a bit more tenacious than many, and during an appointment with an allergist, we decided to test for Celiac Disease. The doctor resisted at first, but eventually marked the boxes on the form. Two weeks later, to the surprise of both of us, I had a diagnosis of Celiac Disease.

Some people make changes in increments. Others make big changes quickly, once the information is there, and I am definitely one of them. My kitchen was gluten and grain free within days. My desire for more information has been matched only by my desire to feel better… and I do. Somewhere along the way, I read The Primal Blueprint. In the land of primal/paleo, the blueprint presented an approach that seemed to fit into my life very naturally. I began losing weight. In the past year, I’ve lost all of the thirty pounds I had gained. More importantly, my energy is back. My brain isn’t foggy. I sleep more soundly and feel rested most mornings. I am no longer pre-diabetic and all of my health markers have improved. Audrey was amazed at how efficiently I could train once I was fat-adapted, and how much more predictable my energy levels were. So much so that she changed her eating for twenty-one days as an experiment. As an athletic, personal trainer and coach of a college women’s soccer team, she was surprised to lose body fat and by how much more energy she had. She was sold.

The more my body changed the more I wanted to learn, and so I enrolled in the Primal Health Coaching Certification program. Now that I’m a certified coach, Audrey and I have set out on our own. We work with our clients as a team. Each of us building their confidence in their abilities to meet their goals and make life changes. We work toward building a community that focuses on movement, play and enjoying real (primal) foods. Audrey and I represent a broad range of ages and fitness levels. We have been there. We have done that.

It brings me so much joy to see our clients astonish themselves with what they are capable of doing and how good they are capable of feeling. The beauty of “choosing a lifestyle,” rather than “living with disease” cannot be overstated. After feeling unhealthy for far too long, I feel empowered by the ability to choose health. My goal is to help all of our clients develop this sense of empowerment.

Audrey and I call ourselves GRAX. One of our very first clients saw the silhouette of Grok on some of the Primal Blueprint materials, but she thought that it should be a paleo woman, rather than a man. She named her archetype Grak. There is a sparkle in her eyes and a playfulness is revealed every time she thinks of herself as becoming the powerful huntress Grak. Audrey and I smile every time we see it. So, we played around with the spelling a bit as we established our name.

We want our clients to define what “optimal health” means to them, and then we stick with them as they create that life. We work through different platforms including virtual or face-to-face and in groups depending on the proximity and needs of our clients. As we continue building our community, we look forward to the opportunity to invite you to a GRAX life, and the best version of you.

Would you like to be coached by Primal Health Coach Andrea Boyer? Email her here to express your interest!