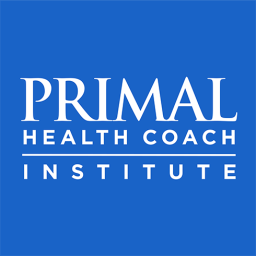 My primal journey started in 2010. I had just attended my last Weight Watchers meeting ever. I had been doing Weight Watchers since 2005, and was at my highest weight ever. I was massively obese, I was severely lethargic, and I lived with daily brain fog. I was having miscarriages, but was being told there was nothing wrong with me. I went to a new doctor who told me that when I got pregnant again, I should come in and immediately start running tests so that when I lost it, we might have some insight as to why.

That was at the end of April. I was depressed and desperate. My dad had stumbled onto Mark Sisson’s website and pushed me to try Primal eating. I was extremely skeptical. In 2001, when I had first started dealing with health issues, I had been diagnosed with peripheral insulin resistance and had tried the Atkins diet. I was living in a dorm room at the time and failed miserably. So I was skeptical about trying another low carb restrictive diet.

But what did I have to lose?

Within a month of going Primal, I had lost several pounds, my brain fog was slowly clearing, and my gut was healing (another problem I hadn’t realized existed!).

And in July, I got pregnant again. This time it stuck. My son was born 9 months later. After 3 miscarriages, I am firmly convinced that I stayed pregnant because of my diet changes, and I became a full Primal convert.

After my son was born, I immediately resumed my Primal lifestyle. His first real food was bacon, and he loved liver as soon as he was old enough for real food. I continued the Primal journey, and continued slowly losing the weight and regaining my health.

Then I got pregnant again. This pregnancy was a whole different situation. I had hyperemesis gravidarum for both pregnancies, but this time I couldn’t eat anything. I lived off of cinnamon rolls, as they were the only thing I seemed able to keep down, and I drank nothing but gatorade. I was miserable, I was unbelievably adverse to the smell of all meat so I couldn’t even try to be Primal. I developed eczema on my arm so badly that I had to wear sleeves to work so my clients wouldn’t think I’d contracted ringworm! Luckily, my daughter was born healthy. I ended that pregnancy 10 lbs above where I started. And then my health disappeared.

The rash on my arm never really went away. I soon had eczema on my legs as well. Furthermore, I was so constipated that I wouldn’t go to the bathroom for days at a time and had constant crippling, severe stomach cramps. I had horrible brain fog, and who knows how much of that was a daughter who wouldn’t sleep versus dietary issues.

But more importantly, when she was not quite a year old, I broke out with hives. At first we didn’t know what they were and thought they were bed bug bites! Finally we clued in and I went to the allergy doctor. I knew I was reactive to wheat. As soon as I had cut it out in 2010, I noticed I got sick every time I ate it. I was suspicious of eggs and dairy. But I tested positive to literally every single food, plant, and animal they tested me for with the exception of white fish!

He immediately confirmed that it was an allergy problem. But that night I ended up in the emergency room with full body, raised, angry red, large diameter hives (like inches in diameter). He put me on all sorts of steroids, antihistamines, and beta-blockers. I cut everything out of my diet, and literally ate nothing but unflavored ground beef and vegetables for months.

And the huge, angry, red, full-body hives never went away.

I went from the allergist through eight other doctors. I went to conventional doctors, homeopathic doctors, acupuncturists, herbalists, etc. The hives never went away. I finally took myself off of all meds because they were turning me into a zombie. Unfortunately, even off of meds, nothing improved. One doctor started me on progesterone, thinking it was a hormonal problem because my cycles were so irregular (they had been like clockwork up until my daughter), and that made me much sicker. Unfortunately, those side effects didn’t go away once I took myself back off the meds.

Finally, out of sheer desperation, I gave up. I stopped going to doctors. I cleaned my diet up to be 100% Primal. I started meditating daily. I changed my job to reduce the stress.

And between less stress and diet improvements, finally, the hives started to go away. It had been a year and a half. They weren’t gone completely until after the two year mark, and even as recently as a few months ago they’d still pop up if I became too stressed or ate the wrong things.

Since then, my health has been a slow improvement. The eczema slowly disappeared. My gut slowly healed. But my weight wouldn’t drop. All the signs that showed up when I was put on hormones (heavier periods, breasts that were so sore you couldn’t look at them for a full 2 weeks each cycle, twenty day cycles) were still present. And I was plateaued. I would drop to 188 lb (I’m 5’3), but could never get below that number.

I was stuck there for nearly 3 years. I was feeling better overall, but I was stuck. I would be extremely clean for about 2 months, then I would give up since my weight wasn’t shifting anyway. Then a week later I’d be back to Primal eating because the brain fog and low energy would have come back.

Finally, this last spring, I broke that plateau. I had been 100% Primal for a few months, finally, and everything suddenly balanced. My cycles regulated, I stopped being in pain, and my weight finally started to drop again.

It’s still a journey. I’m not quite to my ideal weight yet as I’ve hit several other plateaus since. But for someone who has been obese since they were 16, now that I finally know what works for me, I can be patient. And more importantly, being Primal allowed me to heal up such severe disease after nine doctors couldn’t help me that I became an even stronger advocate than I’d been before.

I was already a licensed veterinarian and was using Primal principles in my animal patients, but after finally healing my own body, I became a certified Primal Health Coach so I could help the humans as well!

So what have I done since I received my certification?

Since I received my certification, my life has gone in all sort of directions!

I was already using Primal principles in my holistic veterinary practice. I have absolutely continued using those principles to help heal the pups who walk through my door, and I have created an educational website and Facebook group for owners interested in healing their pets through diet!

However, I still wanted to help people, too.

When I first graduated, I obtained two informal coaching clients. One was a friend of my mother’s who had suffered from IBD, allergies, inability to lose weight, and masses around her thyroid (although they said her thyroid values were normal).

When we first started talking, she was eating grains with most meals, avoiding fat, and filling her diet with things like vegetable oil!

The first thing we did was cut the grains and vegetable oil, reintroduce real foods, and increase the healthy fats.

Within a month, she had lost 20 pounds, her energy was returning, and her IBD was feeling more controlled than ever!

My other client was a friend of mine who had also suffered from IBD, but who also had her gallbladder removed a few years before. In addition, she couldn’t lose weight and had all sorts of fluctuations in her hormones.

Again, with nothing more than diet changes, she slowly started to recover. Her weight decreased more slowly, but it was the first time she had ever succeeded in getting it off! More importantly, the IBD that flared with every menstrual cycle started staying controlled, and her hormones started to balance.

However, that wasn’t the end of coaching for me.

Around this time, I started having other veterinarians approaching me, asking how I had changed my life around. I had gone from severely burned out and feeling trapped and desperate in my job to outsourcing myself from my own business, moving to another state, and learning to love life and travel again!

And they wanted to know how I had done it.

Well, the first answer to that question was that when I started to get my stress under control (which started with getting my diet and health under control), then changes just started to take place that allowed me to completely turn my lifestyle around.

So I also began coaching veterinarians and other health care professionals on how to change their lives around. That coaching isn’t just about health, but health is almost always a piece of what we have to cover since these are women under massive loads of stress, and we have to deal with the health effects of that stress.

Today, I do both health coaching and mindset coaching. I believe in helping people live their best lives, and I will use whatever means necessary to help them do that! So while much of my focus is on veterinarians and other health care professionals, I still do regular health coaching as well.

I teach people that it is definitely possible to live the life of your dreams, and in my case, it all started with learning about ancestral health!

This article was originally featured on Mark’s Daily Apple.