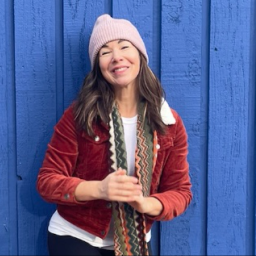 The best way to become an expert at well, anything, is by practicing. When athletes want to improve, they practice. When artists want to become more skilled at their craft, they practice. Same goes for everyone, from musicians to the CEOs of multi-million-dollar corporations.

And health coaching is no exception.

It takes far more than memorizing dozens of chapters on nutrition and fitness, reading books by your favorite health-focused authors, and watching videos of other health coaches (although that is really helpful) to become great at what you do.

Think about everything that goes into a health coaching relationship. The active listening, reframing, celebrating the wins, and troubleshooting the struggles. Not to mention helping your clients find their own motivation and accountability throughout the whole process.

It’s more than knowing what to do, it’s knowing how you’ll put it into action in a real-life situation. That’s where practicing comes in. And one way to practice is through the newest addition to PHCI’s curriculum: the Peer-to-Peer Coaching Role Play exercise.

According to psychologist K. Anders Ericsson, deliberate practice actually reprograms your brain by adapting to new challenges (that come from practicing), which in turn increases your ability to learn, retain, and perform new skills. As you probably know, we’re huge fans of our body’s ability to reprogram itself around here.

In this exercise, you get a real-life look at what it’s like to be a coach, be coached by someone else, and provide constructive feedback as a neutral observer. It can be a total game changer when it comes to your skills, your confidence, and overcoming the imposter syndrome we all face—especially as beginners.

In a Peer-to-Peer Coaching session, you’ll get together with two other coaches either in person, on the phone, on Skype, Zoom, or Facetime and take turns playing one of three roles: health coach, client, and neutral observer.

Why Feedback Is Key

As the neutral observer, you might feel like odd man or woman out. But you actually have the most important role. That’s because the feedback you provide will help the coach finesse and hone their skills before they take on real clients.

If you caught the webinar that PHCI’s Coaching Director, Erin Power, hosted a few weeks ago, you saw this Peer-to-Peer exercise in action. In this webinar, brave Primal Health Coach Institute students volunteered to play the role of coach and client live on camera, with Erin playing the role of the neutral observer. You could see how impactful the feedback was.

I heard things like, “I love how you reframed your client’s nervousness into excitement” and “you suggested a valuable tool they could use to help with their time management.” I also heard recommendations to “challenge their belief about the type of person they think they are” and to “have the client imagine they’re six months down the road and describe what that really looks and feels like”.

All great feedback. And all things you can and should be a part of, whether you do this exercise as part of the PHCI course or on your own.

Putting It All Together

If you want to be a better health coach, you’ve got to have the in-depth knowledge, the comprehensive skills, and the right mindset—and practice putting it all together in real-life situations with real people. That’s our philosophy. And that’s why our Peer-to-Peer Role Play sessions are a key part of the PHCI curriculum, to help you become the expert you were meant to be even before you graduate.

Want more practice? If you’re a Primal Health Coach Institute student or grad, you can complete the Peer-to-Peer Role Play sessions as many times as you’d like. In fact, we encourage it. And if you want to see how it’s done (and you’re a student or grad of PHCI), be sure to catch Erin’s next webinars on Wednesday, February 12, and Monday, March 16, where more soon-to-be health coaches will take turns playing the roles of coach and client.

If you’re feeling nervous, don’t be. To quote one of the volunteers from Erin’s last webinar, “If you wait ‘til you’re 100% ready, you’ll never do it.”