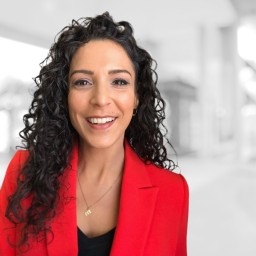 Humans are driven towards a behavior for one of two reasons: to escape pain and discomfort (negative motivation), or to attain something they desire (positive motivation). In the context of health coaching, new and prospective clients often come to you driven by their desire to overcome a negative aspect of their health, like to lose weight so they no longer feel overweight, or to improve their diabetes so they no longer depend on medications.

This negative motivation can fuel an impressive amount of determination, and may be enough to keep them on track to achieve their desired outcome. Clients like this, who have a strong level of self-efficacy, are driven by their self-assured ability to overcome their own struggles.

There’s an alternative outcome, however, when negative motivation manifests into a pattern of self-talk, beating oneself up in one’s mind, and these thoughts can take away the person’s motivational drive.

Because those negative thought patterns will turn into self-defeating feelings, such as:

The alternative scenario begins with a form of positive motivation, the drive to attain something for an anticipated reward. That same client who wants to lose weight (because they’re sick how it affects their self-image) may also be motivated by the desire to have the endurance to run a 5K and play actively with their grandchildren.

It’s important to recognize that the two primary types of motivation, positive and negative, often co-exist and intertwine. For any client, the combination may be the ideal scenario to strive for.

What is a health coach’s role in the actualization of these motives?

Although there are dozens of ways a coach can foster ongoing client motivation, today we’ll discuss motivational conflict, and a health coaching tool called cost-benefit analysis that helps the client gain more resolution during their battle with conflicting desires.

Before we dive in, we should get clear on a tricky nuance involving positive motivations. This nuance is one of the most common stumbling blocks a client and coach will experience…

Take for instance a client who wants to lose weight, but is also afraid they’ll end up with loose, sagging skin. Perhaps they mentioned this concern briefly, but little did they realize, it is holding them back from being fully committed to weight loss.

The conflict can be more surfaced, like the desire to eat that cookie and satisfy their craving, while simultaneously knowing they’ll feel guilty afterward (and it will hinder their weight loss).

Your client is conflicted by their desire to work out more. They really want to work out harder, but they don’t like being sore afterward, and they don’t have time to shower after. They may be very driven to work out, but the voice in their head tells them many different reasons why they shouldn’t.

This type of motivational conflict comes up often, interrupting a client’s progress, making them constantly second-guess themselves and sabotage their own success.

There’s a dependable, multipurpose tool for coaching your clients through the many types of internal conflict, and it’s called Cost-Benefit Analysis.

This classic technique is a proven strategy for decision-making, and it’s often used in cognitive-behavioral therapy to challenge undesirable thoughts or behaviors. In many ways, it’s like weighing the pros and cons. Simply by listing the advantages and disadvantages of their current behavior, your client can resolve a motivational conflict and progress towards more willing behavior change.

Let’s get into 3 different variations of this cost-benefit exercise so you can begin using it in your health coaching practice.

This is useful when the client is experiencing conflicting motives that prevent them from stopping a particular behavior.

The goal of this exercise is to have the disadvantages outnumber the advantages, so that the client is then motivated to stop the undesired behavior. In my opinion, this should almost be called Cons and Pros (but it doesn’t quite roll off the tongue as nicely), because I have found that it’s much more impactful when the client starts with the cons first and follows with the pros.

This is useful when a client sounds motivated to adopt a new behavior, but they struggle to actually do it when the moment comes because they are convinced that the other behavior is justified as well.

The pros should outweigh the cons at the end of this exercise (opposite of cost-benefit analysis), and, once they reach the end, they often feel driven to adopt the new behavior no matter the perceived cost. Your client identifies a desirable behavior/habit they eagerly want to adopt, but are faced with strong resistance/avoidance regarding that behavior (in the moment of action). Then they’ll answer the following two questions: 1) Why don’t I want to do this behavior (or why am I avoiding it in the moment)? 2) Why should I do this behavior? Lastly, they’ll reflect on the perceived value of the behavior and a reduced feeling of resistance.

Should is a word we typically avoid in coaching because it’s often attached to guilt or unrealistic expectations. I’d like to, however, make a case for should in these scenarios. The rebellious client is feeling like an adolescent teen who knows they should do their homework, and they want to turn their homework in, but they’re conflicted by this huge resistance to actually doing the homework. This resistance often sounds like “I don’t feel like it!” in their head.

This is similar to the pros and cons scenario, but it’s more useful when someone feels very resistant to the behavior and can’t identify why or how to overcome that resistance (even though they eagerly want to/plan to).

The client should feel more pulled to take on the new behavior because the value of the new behavior is now more apparent. This happens when the weight of their answers in the “should” question feel more valuable compared to the lighter impact of reasons on the avoidance list.

Even with a revised outlook, your client needs your help coaching them through the desired behavior change. The temptation of short-term rewards and instant gratification will still be there, but you can lessen the frequency by helping them plan ahead and arrange the environment so that the temptation is removed or made less convenient to attain.